Reconciliation House, Inc.
Reconciliation House, Inc.
Today, September 16, 2019, Reconciliation House, Inc. celebrates the third anniversary of opening its doors.  Over the past three years RHI has been home to 46 past and present residents.  Several have elected to stay in the greater Webster area, and have continued to work in the jobs they started while living at RHI.  Some have struggled with their recovery, and, yes, a few have re-offended.  However, for the vast majority, living at RHI was the turning point in their lives, and they continue now sober, centered and alive.  We hope to continue our work with the men coming out of STOP at the Worcester County House of Correction offering them a safe and compassionate place to live and grow in their recovery.  May God continue to help us do so!

Rev. Janice gave an interview to "get your local on" about the great work that she and others are doing!
Check it out at the link below!​
lake940.com/get-your-local-on-rev-janice-ford/
Here is the interview that Rev. Janice Ford gave to the Yankee Express:

Peer Recovery Center adds programs for family support and gambling addictionFeb. 04, 2019“We know there are people who want and need help, but there is a shyness about walking into a facility – it takes a lot of courage,” says The Rev. Janice Ford.
The “facility” is the Opening the Word Peer Recovery Center at 10 Mechanic Street in Webster, which opened in August to address substance use disorder issues faced by its residents and those of the surrounding communities. Since then it has added a support group for loved ones of those in recovery and a Gambler’s Anonymous meeting.
The Rev. Ford, pastor of the Church of the Reconciliation (Episcopal) and a member of the Webster Opioid Task Force, is the Center’s director.
The Center is an outreach ministry of the church, but functions in collaboration with the Opioid Task Force and its chairperson, Police Chief Michael Shaw.
“Addiction is a community-wide problem that requires a community-wide resolution,” says Rev. Ford. “The Center is only effective if it is used by those whom it seeks to serve, and we need the community’s support in spreading the word regarding what it has to offer.”
She notes that being in recovery can be isolating, especially in the early stages. “It can be lonesome, so having a place you can be with other people who don’t judge or stigmatize you is important.”
Once a person makes the decision to go into recovery, they may have to find housing or a job, she says, and it’s easy to “fall off the track.” Peer recovery coaches at the Center can provide the support needed to stay on course.
They are volunteers who have received training in peer recovery coaching, which is meant to help remove barriers to recovery by providing referrals and other forms of assistance.
Four peer recovery coaches rotate during the hours the Center is open: Monday, Tuesday, Thursday, and Friday from 9 a.m. to 3 p.m., and Wednesdays from 11 a.m. to 2 p.m. and 5 p.m. to 8 p.m.
In addition, the Center holds an All-Recovery meeting on Mondays from 1 p.m. to 2 p.m., a Recovery Bible Study on Tuesday evenings from 7 p.m. to 8 p.m., and a women’s support group on Wednesdays from 11 a.m. to 12 p.m.
The newly added support group for the family and loved ones of people in recovery meets on Thursday evenings from 7 p.m. to 8 p.m. The Gambler’s Anonymous meetings take place on Saturdays from 9:30 a.m. to 11 a.m.
Peer recovery coaching sessions are available in Spanish as well as English.
The Opening the Word Peer Recovery Center receives no outside funding and currently functions with an all-volunteer staff.
The Center isn’t just for Webster – residents and families from surrounding towns are invited and welcome.

This link is for a Telegram & Gazette article about the gifts of Vivitrol, highlighted by Reconciliation House resident Christopher Savasta.
https://www.telegram.com/news/20190119/opioid-recovery-inside-and-after-jail-teams-vivitrol-with-counseling-training 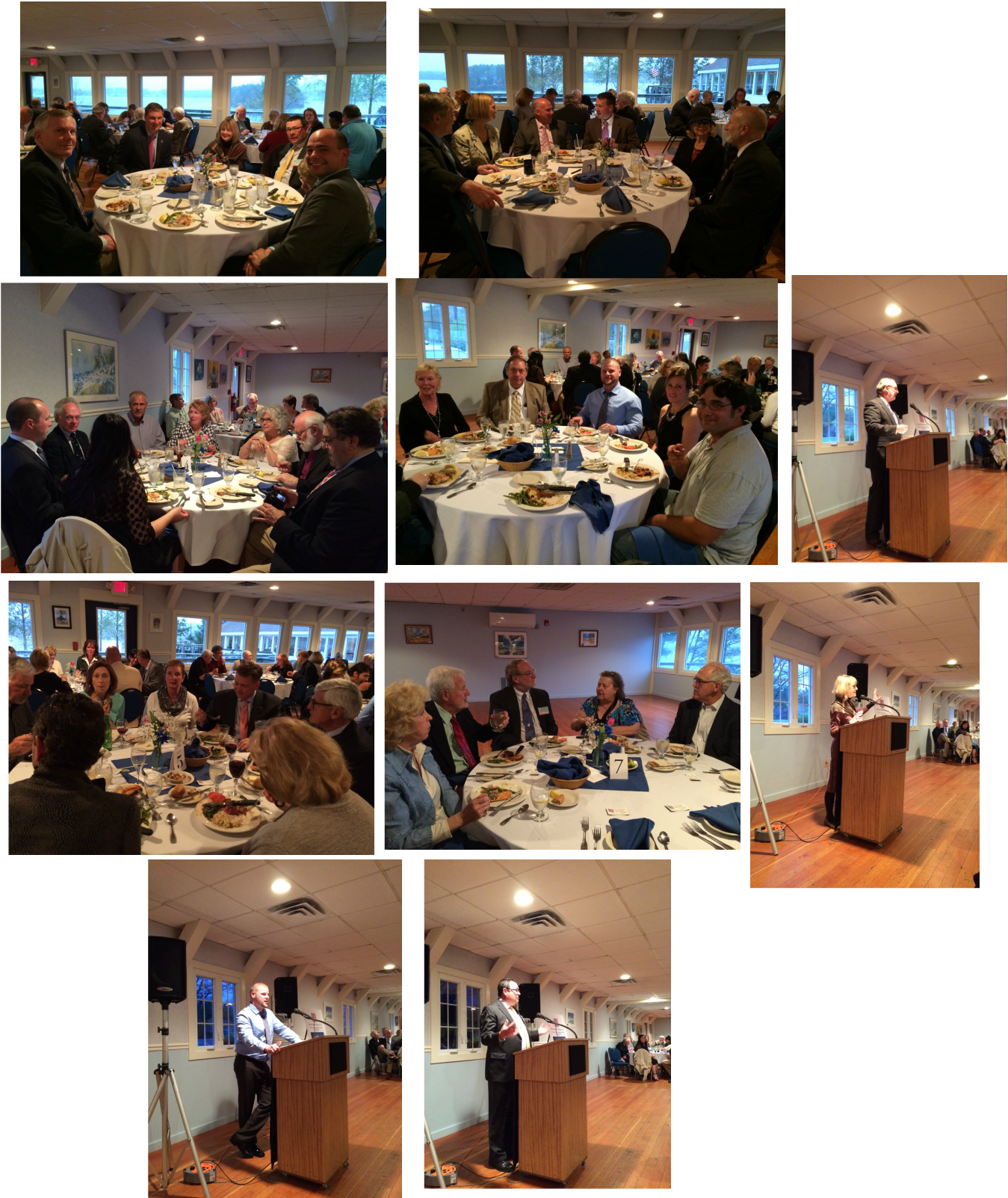 First Annual Meeting and Dinner
Our first Annual Meeting and Dinner is being held at Point Breeze Restaurant on Webster Lake on Wednesday, March 22nd at 6:30 p.m.  Invitations have gone out, and RSVP's are due March 15th.  If you did not receive an invitation and would like to attend, please contact
Rev. Janice Ford at 508-330-8073.  Our guest speakers for the event include the Rt. Rev. Douglas Fisher, Bishop of the Episcopal Diocese of Western MA, Mr. Michael Eariello, Executive Director of Everyday Miracles in Worcester, MA, and several of our current House residents.

On May 5, 2016, our first major fundraiser was held at Point Breeze Restaurant in Webster.  One hundred five people attended the $100 per person dinner.  Our speakers included State Representative Joseph McKenna; the Hon. Lewis Evangelidis, Sheriff of Worcester County; Maryanne Frangules, Executive Director of MOAR the Hon. Tim Bibaud, First Justice Dudley District Court; Mr. Peter Koscisuko, Director of Substance Abuse Services at WCHC, Mr. Mark Rogers,  as well as Niles W. and Jason C. who are both in recovery and are graduates of the STOP program at the Worcester County House of Correction.  The Rev. Janice Ford, RHI President was emcee for the evening.  Over $7,000 was raised at the dinner, with many making additional donations via pledge cards in the weeks following.

Enjoy a few photos from the event...

Many thanks to all who have donated to Reconciliation House, Inc.  As of September 17, 2016, our benefactors include: